The Problem of Cults and a Probable Solution

A belief is an affirmation of one’s existence. It gives humanity a reason to suffer, a reason to do good, and a reason not to kill someone just because they accidentally stepped on your brand new blue suede shoes. But, how do we know when these beliefs, that we learn from others, are genuine or if they have hidden agendas? Religion is a major source of our beliefs in civilization; so much that we based our laws on governing bodies on the teachings of the Bible. Even our dollar bill has, “In God We Trust”. In this essay, I will be exploiting the issue‘s of organizations that exploit peoples beliefs for personal gain; in specific, a cult.

In the documentary Holy Hell, by Will Allen, it shares a true account of a “spiritual leader” who had devoted followers that gave everything to feel “closer to god”. Closer to god as in the freedom to feel safe with who one is, what one has, where they are in life, and who they associate with. This cult started in California in the 80’s, and was led by a man named Michel. Michel was an aspiring actor who had become certified in hypnotherapy. Hypnotherapy is a form of therapy that uses language to control the recipient during a relaxed state of mind. It is meant to bypass the critical thinking part of the brain and transmit directly to the minds processing system; short and long-term memory.

Michel used this as a tool to manipulate his follower by increasing the chemicals in the brain, such as dopamine, norepinephrine, serotonin, oxytocin, etc., with the use of language and attached those feelings to the experiences they shared with him. This in turn created an association of happiness with spending time with Michel. Tolhuizen’s specifies certain techniques for intensifying relationships that Michel took advantage of. Increased contact; Michel would have sexual relations with his followers during “counseling sessions”, verbal expressions of affection; the key theme was love for life, love for brethren, and love for Michel, and behavioral adaptation; Michel convinced his followers to donate a majority of their earnings from employment to supporting the cult (Guerrero et al., p. 121).

This support could be as small as buying groceries, to as big as paying for the construction of a theatre for live play’s. The best way to prevent this materialistic, psychological/emotional, and physical exploitation of a person is to understand the source. The source is the communication the Michel used to convince his followers that he was more than human. This intensifying of relationships through sexual relations; often in secret, and manipulation of beliefs; often through the use of hypnotherapy. In the Bible it states that there should be only one God that is true, and the mistake that these people made was believing in idols or other forms of worship; in this case it was Michel.

To prevent people from losing sense of self during these times is to be able to separate or avoid oneself physically from the source (Guerrero et al., p. 125). Michel, or the Master, made it a point to have his followers live every single moment with him. They moved in, and some even quit their jobs to spend more time with the Master. Another way to combat this from happening is to remember, or to be able to reflect on one’s past and apply it to the present. If someone feels like they need other’s to be normal it is a warning sign of dependence. Once we become dependent on others we give them power over us.

Therefore, in this essay I defined the issue of manipulation, and exploitation of beliefs. Relationships can be detrimental to one’s health and status when they become overdependent on others. In order to prevent this from happening it is necessary to avoid, and separate oneself from those they are attached to in order to be able to reflect on oneself. It is not selfish to care for oneself, but a necessity. 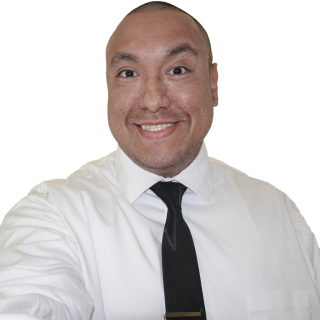